NLTI ? - Notorious Left Turn Indicator. You see I am riding a bike that is a very old design and amongst its charming features are the absense of "turn indicator cancellation" and the absense of a fuel gauge. The first of these features mean that I constantly forget to cancel my turn indicator and it seems that this happens mostly on left turns. Todd seems to have taken on the role of "my wife" in regard to this topic and now reminds me whenever needed.

The absense of a fuel gauge came into play at the end of the day when I drifted to a stop with a dead engine about 16km from Mudgee.

In recent weeks NSW has been deluged by heavy rain and it seems that the resulting flooding and road damage is going to be an ongoing story for our little adventure. Within 30 minutes of starting our journey this morning we had our first taste of the consequences of the flooding when we had to backtrack and find an alternative route as a result of a damaged bridge.

Later in the day I heard from a friend that the road from Coonamble to Walgett (which we intended to travel on Friday) is covered in fast flowing flood waters at various places and is closed to all vehicles except 4 wheel drives. 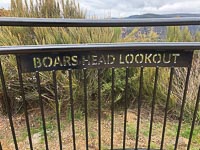 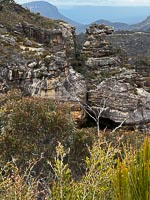 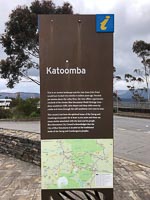 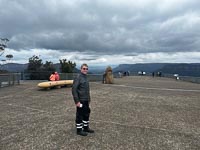 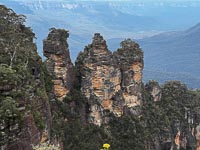 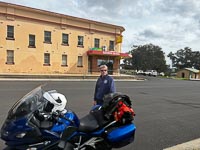 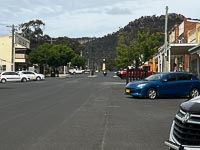 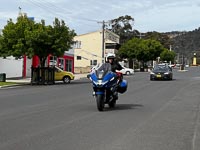 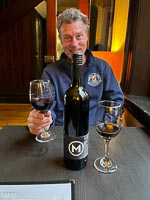 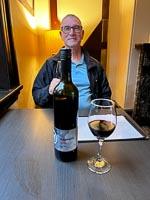 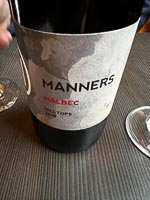 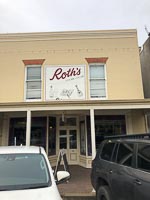 The three rock pillars in the 5th photo above are called the Three Sisters and are the most famous tourist attraction in the town of Katoomba.

Dinner was at a well known Mudgee wine bar called Roths. Seems this was the second establishment licensed to serve wine in NSW and now has the oldest liquor license in NSW. We had a passable pizza dinner and a very nice Malbec from a local wine producer.